On December 14, the Senate passed another omnibus bill, Bill C-45. The omnibus bills C-38 and C-45 have seriously weakened Canada’s key environmental laws. By bundling so many amendments in two massive bills, the Harper government avoided any meaningful debate in the House of Commons. The omnibus bills made far-reaching changes to environmental legislation, including the Fisheries Act, the Navigable Waters Protection Act and the Canadian Environmental Assessment Act. 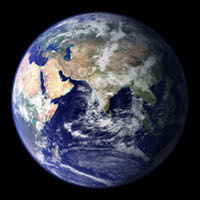 Ontario farmers and activists are celebrating after The Highland Companies cancelled its plan to excavate a quarry in Melancthon Township. The limestone quarry would have destroyed 2,300 hectares of prime agricultural land north of Toronto. The province ordered a full environmental assessment of the controversial project. In October, local farmers, chefs and musicians organized Foodstock, a fundraiser and celebration of the harvest. Around 28,000 people attended the event, held on a farm near the proposed site of the quarry. The company finally gave in to public pressure. On November 21, Highland announced that it had withdrawn its application for the megaquarry. (Torontoist, October 18 and November 21, 2012; Toronto Star, November 21, 2012)

Canada fell to 58th place in the annual Climate Change Performance Index, which ranks countries according to their climate policies and actions. The top three countries are Denmark, Sweden and Portugal. The ranking puts Canada near the very bottom of the list, with only Kazakhstan, Iran and Saudi Arabia lagging behind. Canada’s climate policies, level of emissions, and share of renewable energy were rated as “very poor.” According to the report, “Canada still shows no intentions to move forward on climate policy and thereby leave its place as the worst performer of all western countries.” The annual index is produced by Germanwatch and Climate Action Network Europe. (Climate Action Network, December 3, 2012; Climate Change Performance Index 2013, December 3, 2012)

Over the past 15 years, an international treaty has led to a dramatic drop in landmine casualties. The 1997 Land Mine Treaty (also known as the Ottawa Convention) was negotiated with the participation of governments and non-governmental organizations. The number of landmine casualties has dropped over the past decade, from around 32 casualties a day to about 12 a day. There has also been a lot of progress in the removal of mines. Over the past 10 years, 3.1 million landmines were removed from the ground. However, there has been a sharp 30% decline in funding for victim assistance programs. This has affected the availability of assistance for survivors. The Ottawa Treaty is a successful international accord, but Canada has reduced its annual contributions from $30 million in 2010 to $17 million. (Ottawa Citizen, November 30, 2012; Mines Action Canada, December 3, 2012; Landmine Monitor 2012)

A U.S. District Court judge in Washington State has ruled that Teck Metals is liable for contamination of the Columbia River. From 1930 to 1995, the Canadian corporation’s smelter in Trail, B.C., discharged over 9 million tonnes of slag and effluent directly into the river. South of the border, the Columbia River and Lake Roosevelt are contaminated with lead, mercury, arsenic and other toxic substances. The ruling allows the U.S. Environmental Protection Agency to force Teck to pay for the cleanup costs. For decades, people have expressed concerns about pollution from the lead and zinc smelter. A Harvard study found that residents of nearby Northport, Washington, have high rates of gastrointestinal diseases such as Crohn’s disease and colitis. (Canadian Press, September 10 and December 14, 2012; CBC News, August 14, 2012; Washington State Department of Ecology, December 14, 2012)

The northern Saskatchewan village of Pinehouse has signed a controversial agreement with the uranium mining corporations Cameco and Areva Resources Canada. According to a draft agreement circulated in November, the leaders of Pinehouse would “make reasonable efforts” to ensure that residents do not criticize or interfere with uranium mining. The final text was made public after it was signed. Under the terms of the deal, Pinehouse must support existing and proposed industry operations. In return, the village will receive payments ranging from $200,000 to $1 million. Many Saskatchewan citizens are concerned that their communities are being targeted by the nuclear industry and the Nuclear Waste Management Organization. The communities are potential sites for a repository that would store radioactive waste from Canada’s nuclear reactors. (Saskatoon StarPhoenix, November 27 and December 13, 2012; Committee for Future Generations, December 12, 2012)

Mike Buckthought is a writer and environmental activist based in Ottawa.