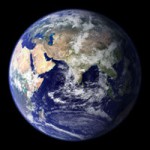 On July 19, the Ontario government announced that 96,089 hectares of land in Algonquin Park will be protected from logging. The protected land includes some new nature reserve zones, wilderness zones and natural environment zones. Logging will continue in many other areas of the provincial park. According to the updated management plan, logging is not permitted in 264,674 hectares (34.7% of the provincial park’s area).

The European Commission has announced that it will protect honey bees by restricting the use of three neonicotinoid pesticides. Effective December 1, the European Union will restrict the use of the pesticides clothianidin, imidacloprid and thiametoxam for a period of two years. The ban is backed by European Food Safety Authority scientists who identified the risks posed to bees by the three pesticides. Recent studies have found that neonicotinoid pesticides can harm honey bees.

Researchers are using satellite data to measure the loss of Arctic sea ice. Between the autumn of 2003 and the autumn of 2012, the volume of Arctic sea ice has declined by 36 percent. “The data reveals that thick sea ice has disappeared from a region to the north of Greenland, the Canadian Archipelago, and to the northeast of Svalbard,” says Katharine Giles, a member of the international scientific team.

On December 14, the Senate passed another omnibus bill, Bill C-45. The omnibus bills C-38 and C-45 have seriously weakened Canada’s key environmental laws. By bundling so many amendments in two massive bills, the Harper government avoided any meaningful debate in the House of Commons. The omnibus bills made far-reaching changes to environmental legislation, including the Fisheries Act, the Navigable Waters Protection Act and the Canadian Environmental Assessment Act.

Ontario farmers and activists are celebrating after The Highland Companies cancelled its plan to excavate a quarry in Melancthon Township. The limestone quarry would have destroyed 2,300 hectares of prime agricultural land north of Toronto. The province ordered a full environmental assessment of the controversial project. In October, local farmers, chefs and musicians organized Foodstock, a fundraiser and celebration of the harvest. Around 28,000 people attended the event, held on a farm near the proposed site of the quarry. The company finally gave in to public pressure. On November 21, Highland announced that it had withdrawn its application for the megaquarry.

During Environment Week (June 3–9), over 25,500 people across Canada joined the 2012 Commuter Challenge. The annual event encourages everyone to use sustainable modes of transportation such as walking, cycling, public transit and telecommuting. By taking part in the Challenge, participants reduced greenhouse gas emissions by over 440 tonnes of carbon dioxide during the week.

During Environment Week (June 3–9), over 25 000 people joined the Commuter Challenge. Participants reduced greenhouse gas emissions by over 440 tonnes. The annual event encourages everyone to use sustainable modes of transportation such as walking, cycling, public transit and telecommuting. The Commuter Challenge includes environment-friendly competitions between communities and workplaces across Canada.

On June 3–9, thousands of people across Canada will join the 2012 Commuter Challenge. The annual event encourages people to get to work using sustainable modes of transportation such as walking, cycling, public transit, car pooling and telecommuting.

May is Bike to Work Month in Ottawa, and EnviroCentre is collaborating with workplaces across the region to encourage people to cycle to work. EnviroCentre is offering an updated information kit, workshops, cycling safety information, multimedia tools, and an online pledge system.

Ecology Ottawa is petitioning city council to declare a five-year moratorium on spending for new roads and road widening. This funding would be better directed towards public transit, cycling, and pedestrian infrastructure. The City of Ottawa should support sustainable transportation instead of wasting money on new roads.

Pearl Pirie and Kunundrum at the Muses Reading Series. Monday, June 25, 2012, 7–9 pm. The Elmdale House Tavern, 1084 Wellington Street West, Ottawa. Poetry by Pearl Pirie. Music by the percussion group Kunundrum. $8 / pay what you can. Benefit for the Peace and Environment News.

Poetry from Rogue Stimulus: The Stephen Harper Holiday Anthology for a Prorogued Parliament.

Poetry from The Delicate Art of Paper Passing, March 2006.

Poetry from The Delicate Art of Paper Passing, March 2006.

Mining corporations have been caught up in a new gold rush, seeking to mine uranium near many communities. People across Canada have expressed concerns about the health and environmental impacts of uranium exploration and mining. Radioactive toxins can pollute rivers and lakes, contaminating water supplies for generations to come. Radon gas is released, exposing people to a known carcinogen.

The year is 2020. At the turn of the century, a now-defunct corporation called Atomic Energy of Canada Limited (AECL) urged Turkey to buy nuclear reactors, at a time when other countries were shutting them down. Chernobyl can’t happen again, they said. But it has. On a warm summer day, an earthquake struck a nuclear power plant on the Mediterranean seashore. During the first week, radioactive fallout headed southeast, silently sowing destruction in Turkey, Cyprus, Syria, Lebanon, Palestine and Israel. Over the next month, it spread to other countries around the Mediterranean.

On November 16, Conservative Senators defeated Bill C-311 (the Climate Change Accountability Act) with a vote of 43 to 32. The climate bill was passed in the House of Commons by a majority of elected Members of Parliament. When it reached the Senate, Conservative Senators called for a surprise vote at a time when many Liberal Senators were away. According to media reports, the Harper government ordered Conservative Senators to vote against the bill at the first possible opportunity.

On September 15, Pedal for the Planet riders hit Parliament Hill after riding across Atlantic Canada, Québec, Ontario, the Prairies and British Columbia.

The riders relayed a message from Canadians across the country: we need to stop Canada’s backpeddling on climate change. Canada must do its fair share.

On April 1, Members of Parliament took a crucial step forward in tackling the climate crisis. The Climate Change Accountability Act (Bill C-311) passed second reading by a narrow margin, with 141 votes in favour and 128 against. Liberal, NDP and Bloc Québécois MPs united to back the private member’s bill introduced by MP Bruce Hyer.

On December 7, 2008, Canadians from coast to coast will take to the streets to urge governments to stop climate chaos. The national day of action is part of a global movement, with protests planned in many countries. Last December, thousands of Canadians joined the demonstrations, in solidarity with people marching in 80 countries around the world.